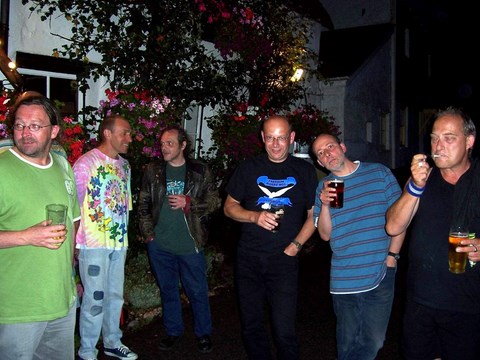 The Funeral of Steve Rochester 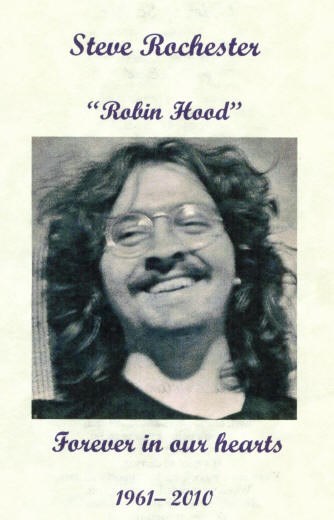 Pictures Of You By The Cure

I thought of you with love today
But that is nothing new
I thought about you yesterday
And days before that too
I think of you in silence
I often speak your name
All I have are memories
And you picture in a frame
Your memory is my keepsake
With which I'll never part
For I will have you
Forever in my heart
I will always love you Daddy.


Dad, our sadness knows no end;
We can't believe you're gone;
We're grieving for you every day;
It's hard to carry on.
You were always there to support and care,
When we needed a true friend,
How we'll ever do without our Dad,
We cannot comprehend
You were our teacher and our guide,
Our Dad, so good and strong;
Your example will sustain us now,
And last our whole lives long.
We're trying to communicate
We hope that you can hear;
Expressing what we feel for you,
Helps us feel you're near.
Our memories of the times we had
Help the pain to go away.
But Dad, our lives won't be the same;
We'll miss you every day.
A part of us went with you;
You left a gap too big to fill;
You're our father and our here;
We love you and we always will

"Symphony No5 Adagietto"
By Gustav Mahler

The Committal
"Willow" by JJ72

Music "Lovesong" by the Cure

I would just like to say thank you to everyone who has shown such love and kindness to the girls and I over the last couple of weeks, Steve was and always will be the love of my life and we will all miss him every single day.

Please free free to join us in remembering Steve at The Green Man, Putney Heath, SW15 3NG
Date of funeral

4th May 2010 at Putney Crematorium

Tribute by Brother Of PippenI didn't know Robin Hood for long but my memory of him is that he turned up in Devon one year with "˜The Brothers Pissed"  during one of Pippin's "nettle tea" phases
The nettle tea was all right, if you were a regular pond drinker although to be fair, other plants were brewed, some of which were o.k. but one of which was definitely not a good idea and left everyone feeling very strange for an uncomfortably long time. There was also bread, made without yeast and baked in an earth oven so that it resembled a kiln fired turd, only probably less edible.

What I remember of Robin Hood is that he was an amenable sort who didn't seem to care if he knew you or not, he was just immediately friendly and had a good sense of humour. He also drank the tea and ate the bread which struck me as reckless and unnecessarily polite.

I also remember him lending me his crash helmet in Devon that year in exchange for one I had had to borrow.The helmet I had was on old 1950's pudding bowl type which had become a thing of torture on the few occasions when I was obliged to wear it at all.  He lent me his after some comment I had made and carried on wearing the pudding bowl one instead whenever the club went further a field. It was a small act of generosity maybe, but its funny how things like that stay with you. I was consequently sorry to hear about his untimely death.
At one time he managed to introduce my brother to a pub which he didn't already know about ( no small feat in my view ) and which later became a favourite of mine.
l spare a thought for him at 2.00pm

Brother of Pippin.The four of us (above) attended the funeral today and there was not a dry eye in the house as first the children and then his wife, Jo, read out the pieces above.

It was a very well attended "Humanist" service on a beautiful spring day.

It was ironic that just along side the cemetery there is "Robin Hood Way", and every bus sported adverts for the new "Robin Hood" film that is coming out soon. It was almost like he planned it....

Footnote:  Robin Hood's ashes were scattered in the sea off Torcross/Beesands on 26th August 2010 at 1pm

At The Avon Causeway with Paul

The Freedom Riders MCC of Hayes and Ruislip

Feel free to also contribute any "views" yourself by e-mailing me.